This past weekend I went on an incredibly fun trip with my honey and his son Noah, as well as my sister and her son Xander. We took an early morning train to Talkeetna Alaska, it's a little town about two hours outside of Wasilla (home of Sara Palin!) on the border of Denali National Park. 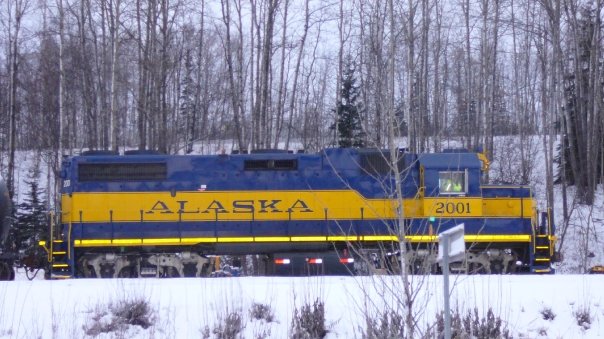 Sitting in the dining car having breakfast burritos with reindeer sausage (don't judge, they're delicious!) we saw the most amazing sunrise over the mountains.

Aaron and I ran to the back of the train where we could shoot photos out an open door. This first one with the partially frozen river, is one that Aaron took. 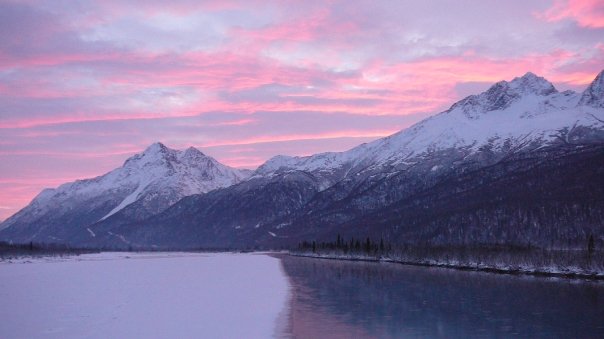 Then I grabbed the camera from him to take a few more. We got a ton of nice shots. 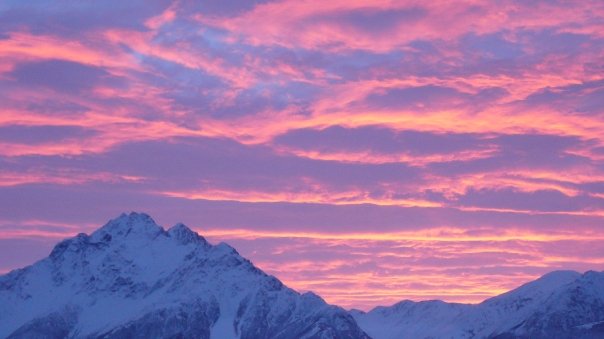 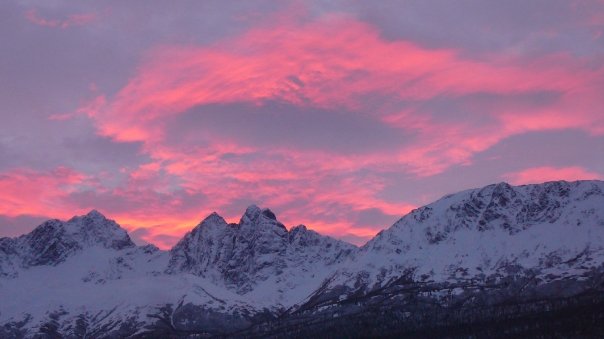 The train left us off at the town of Talkeetna, where we were met by the owner of the Meandering Moose Lodge. We stayed in the "Fish Camp" log cabin, which was really cosy and spacious enough for the five of us (two queen beds and 4 twins!).

It was the weekend of their winter festival, which included the Wilderness Woman competition and the Alaskan Bachelor Auction (see this youtube video on the event), but we spent the weekend going for walks, reading, and playing games. It was incredibly relaxing, with no internet or TV or music. Ah... it was so peaceful out in the woods.

We then took the train back to Anchorage and the ride wasn't quite as nice because it was dark most of the way but it was still fun.

This weekend really reminded me why I love living in Alaska.

I would highly recommend the Meandering Moose Lodge if you are ever in the Talkeetna area. The owner Sandy is really nice and she'll drive you around if you come by train and don't have a car. Plus, the rates are really reasonable for what you get.

It was probably one of the best vacations I've had since our honeymoon, and at a fraction of the price.

Glad you had such a lovely trip.

I echo the recommendation of the Meandering Moose. I stayed there this summer, in the big house, and it was great.

did you find any left over moose dropping lol :laugh: