Here are some photos from that sailing trip I mentioned in my last post. 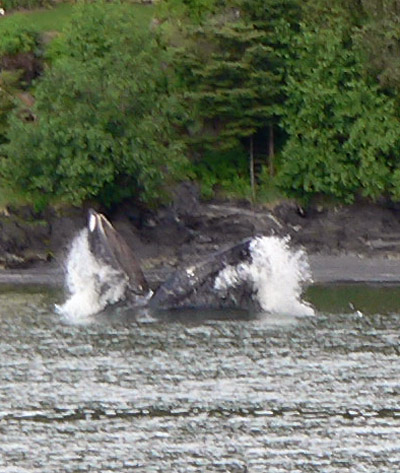 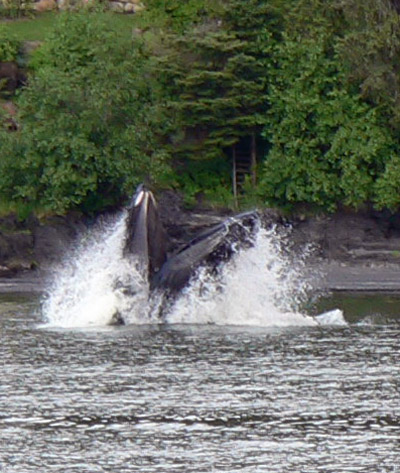 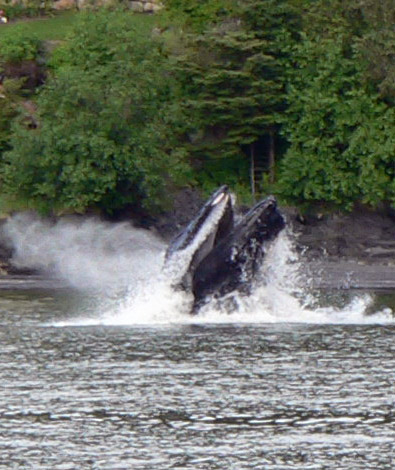 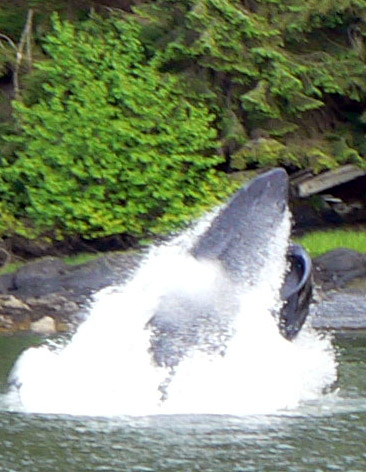 Here's another close up of a whale lunge feeding... 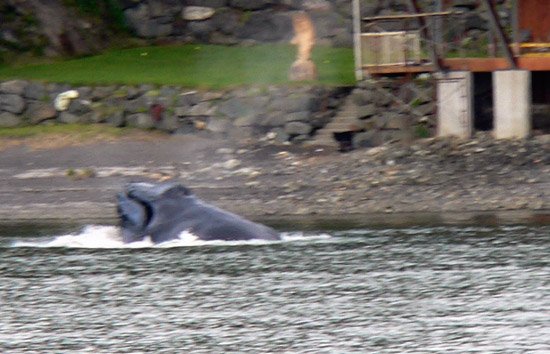 This photo gives you an idea how close to shore they were... 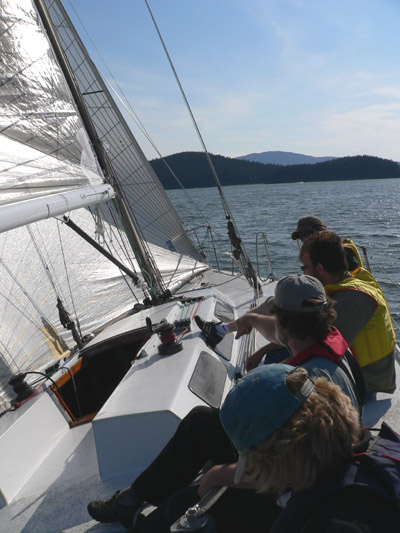 Aaron and Ed trimming the sails.

The pictures are awesome. My kids think it's wonderful (and so do I) that you get to see things like that. Our big excitement will be Worlds of Fun in Kansas City next week. Congratulations on the roommate.

Hey Lucy! The photos themselves didn't turn out that great, we were on a boat that was going pretty fast through the waves so it was hard to get shots that weren't all blurry.

As for Worlds of Fun in KC...I'm pretty sure that's where we used to go for some of our family vacations growing up (or maybe it was Adventure Land?) something like that...but I remember that it was crazy fun. I'm sure the kids will LOVE it!

btw, where are you living these days? I can't keep track.
:blush:

We live in Papillion, NE, just south of Omaha. It's a nice town and very convenient to go to Omaha.

Wow! You do come back with a big splash, heh. The only time we saw whales breachinng like this was some years ago when we took a whale-watching ride out off the west coast of Vancouver Island - and they were still pretty far out for good photos.

Good luck with the start of your painting! Sometimes a "new" studio inspires me.

Papillion, that's right. Being close to Omaha must be nice, though it always seemed so big and scary growing up...all the overpasses etc.

I still get terrified every Christmas when I have to come home, just finding my way out of Omaha and dad always makes me a fairly detailed map too.

Anyway, I'm coming home this year for Christmas break, it would be great if we could hook up for lunch or something either coming or going.

And Marja-leena, HI!
I've lived here and been out on the water a lot and I've seen humpbacks quite often but this is by far the coolest experience that I've had. Seeing them breach so close was amazing.

And you're right about the new studio space, it's small but has nice light and it will be fun fixing it up and making it homey.
:satisfied:

It was adventureland and yes it was awsome there 's no place like IT :P :cool:

That's right dad, Adventureland...
good times!
:P
I remember getting so excited I could barely contain myself.

Thanks for always being such an awesome dad!!!

just think if you were fishing on the bank an snag one of those :rolleyes: :)

OMG!!!! I am green with jealousy! The photos are great! This is how close to the nature one can be! Amazing! They say New York is a state of mind. No, it isn't. Alaska is.

Hi dad! Yeah, I wouldn't want to try an "Old Man and the Sea" routine with one of those!

And Kasia, one of the best things about Alaska is being so close to nature. I don't think I'd be capable of living anywhere else.